I am very proud to be both Navajo and American. As the President of the Navajo Nation, I’ve dedicated my life to ensuring that, as a Navajo, my story — and our stories — are part of our collective American history. Today, I want to share one of those stories with you.
There was a time when our nations, American and Navajo, were at war with each other — when the U.S. Cavalry forcibly rounded up Navajo men, women, and children, and marched them at gunpoint to a foreign land hundreds of miles away. During this time, some of my Navajo ancestors successfully hid at a sacred place of prayer, shelter, and fortitude: the Bears Ears area of Utah.

Bears Ears National Monument
This beautiful piece of land stretches for over a million acres across the southern edge of the state. Its ancient cliff dwellings, ceremonial sites, abundant rock art, countless cultural artifacts, winding creek beds, and expanses of desert land, contain the great history of my nation.
This place served to protect my family then, just as it has protected many Native American people throughout the years.
Today, President Barack Obama has signed a proclamation to protect this land as a national monument for future generations of Navajo people and for all Americans. Thanks to his action, this land will be finally given the legal reverence and protection it deserves.
This action reflects the President’s profound record on conservation: He has done more than any other president in history to set aside more land and water for the future.
But it is also in accordance with his actions to elevate the voices of Native people. Five sovereign tribal nations petitioned to have this irreplaceable land conserved.

Bears Ears National Monument is sacred not only to the Diné people, but also our Hopi, Ute, and Zuni neighbors. These tribes came together in an unprecedented show of unity to conserve these lands for future generations of all Americans. This intertribal coalition also pushed for a new standard for national monuments and tribal involvement.
Thankfully, President Obama and his team listened to our sovereign nations.
With this step to protect and conserve these irreplaceable lands, he has set a new precedent for national monument tribal collaborative management. And he has strengthened the relationship between our Navajo and American nations.
As both Navajo and American, I am proud our President listened to a sovereign appeal and acted to preserve our sacred land for future generations.
Thank you for listening,
Russell Begaye
President, Navajo Nation 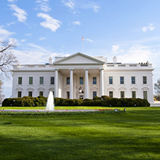 Here’s what — and who — you’ll see at South by South Lawn:
Earlier this year, President Obama stopped by South by Southwest ® to issue a challenge to creative thinkers, innovators, and entrepreneurs across the country:
“We are at a moment in history where technology, globalization, our economy are changing so fast,” he said. “How can we start coming up with new platforms, new ideas, new approaches across disciplines and across skill sets to solve some of the big problems that we’re facing today?”
On Monday, October 3, President Obama is bringing the creative thinkers and innovators who work at the cutting-edge of the changing world we live in to help answer that question. From filmmakers and artists to entrepreneurs and public leaders, the White House will host inspiring and effective people who are dedicated to change to discuss how we can leverage our newest technologies to tackle our toughest challenges.
It’s called South by South Lawn — and here’s a taste of what you can expect to see.
INTERACTIVE:
President Obama in Conversation with Leonardo DiCaprio and Dr. Katharine Hayhoe

President Obama will join a conversation with Academy Award-winning actor Leonardo DiCaprio and climate scientist Dr. Katharine Hayhoe about the importance of protecting the one planet we’ve got for future generations.
Following the conversation, attendees will watch the domestic premiere of DiCaprio’s new climate documentary film Before the Flood presented by National Geographic in a first-of-its-kind film screening on the South Lawn of the White House.
FILM:
SXSL presents The White House Student Film Festival

On Sunday, October 2, the American Film Institute (AFI) will welcome the young artists of the 3rd Annual White House Student Film Festival with a day to premiere some of their work. Students in grades K-12 submitted more than 700 short films on this year’s theme: The World I Want to Live In. Some of these aspiring filmmakers from around the nation will be joined by professional artists who work behind and in front of the camera. Special guests will include Stranger Things creators Matt and Ross Duffer, Executive Producers Dan Cohen and Shawn Levy, and President’s Committee on the Arts and the Humanities member Alfre Woodard.
EXHIBITS:
6’x9
Learn firsthand what it’s like to be locked up in solitary confinement. This virtual reality experience places the viewer inside a 6-foot by 9-foot cell with little more than a bed and toilet. People can experience the psychological impacts of confinement, like blurred vision, hallucinations, and a sense of floating that may occur after long-term sensory deprivation. The Guardian used game engine technology and The Mill worked from first-person accounts of cell design and spatial audio capture to create this groundbreaking and innovative documentary.
And don’t miss special musical performances by Sharon Jones and the Dap-Kings, the Lumineers, DJ Beverly Bond, and more!
Get all the details here to learn how you can tune in and participate in this one-of-a-kind event at the White House: www.whitehouse.gov/SXSL