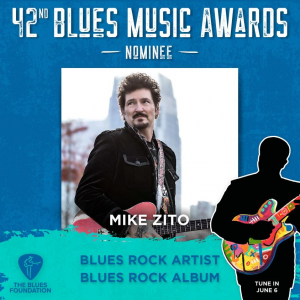 I am so excited our tribute to the great Chuck Berry has been nominated! Thank you to all of the artists and musicians that made it possible. Thank you to
Ruf Records

and a BIG thank you to the Berry Family for their support.

Voting opens on January 28 and closes March 12 at 11:59 pm CT. Only members of
The Blues Foundation

can vote for the Blues Music Awards. Visit www.BLUES.org and click on “Join” to learn about membership.