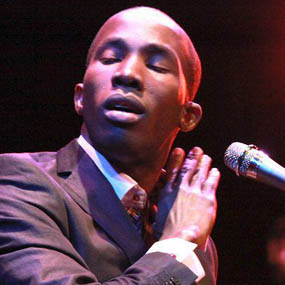 The overall 2020 Grand Prize is awarded to the Haitian artist Jean Belony Murat, known as BélO. Hailed as Haiti’s musical ambassador to the world, Bélo is a socially conscious singer/songwriter whose music reflects the issues and challenges facing his home country. BélO has always been committed to the causes of the less fortunate, the education of children, women’s rights, social solidarity, environmental protection, and peace in Haiti and around the world. His social activism is especially significant during these challenging times and exposes the enormous contradictions and inequalities of our societies.

BélO’s sound is a mixture of world, rock, reggae, jazz, and Afro-Haitian traditional rhythms known as “ragganga.” Born in Croix-des-Bouquets, near Port-au-Prince, BélO was only 11 years old when he realized he wanted to be a professional musician. For him, it was seemingly his destiny because music was everywhere: in his home, on the streets, and all over Haiti. His first album was released in 2005, and since then he has performed all over the world, garnering accolades and multiple awards, including winning the prestigious “Prix Radio France International Discoveries” award.