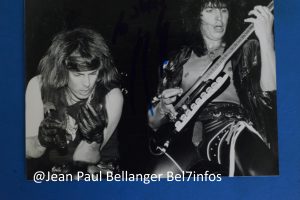 DOKKEN, LITA FORD and LYNCH MOB will join forces for a U.S. tour in 2020. The trek will also include what is being billed as a “special encore performance” featuring Don Dokken and George Lynch.

An early admat for the tour was posted to DOKKEN‘s social media, along with the following message: “Coming in 2020! Dates TBA soon! #dokken#dondokken #georgelynch #lynchmob #litaford”

DOKKEN‘s classic lineup — Dokken, Lynch, bassist Jeff Pilson and drummer “Wild” Mick Brown — reunited for a short Japanese tour in the fall of 2016. The trek marked the first time in 21 years the four musicians had hit the road together.

Since completing the Japanese reunion dates, DOKKEN has continued to perform with the group’s current lineup — including bassist Chris McCarvill and guitarist Jon Levin.

DOKKEN is currently working on material on a new studio album, tentatively due in 2020 via Silver Lining Music, the label owned by Thomas Jensen, one of the founders of Germany’s Wacken Open Air festival. It will mark the group’s first disc since 2012’s “Broken Bones”.

Over the past two years, Lynch — one-fourth of the classic DOKKEN lineup — has appeared on recordings by THE END MACHINE, KXM, ULTRAPHONIX and SWEET & LYNCH.

LYNCH MOB is currently working on material for a new album, to be released in 2020. The effort will serve as the follow-up to 2017’s “The Brotherhood”.

Ford is scheduled to support Alice Cooper on 15 North American shows between April 1 and April 22, 2020. 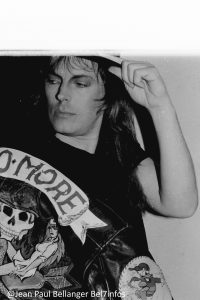 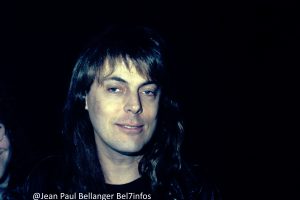 Fan-filmed video footage of the entire Osaka gig can be seen below.

Asked how he feels about the DOKKEN reunion, George told TeamRock: “Well, um, it’s a mixed bag. It’s complicated. But the overarching feeling I have is I’m glad it’s happening for the right reasons. One of which is money. But another of which is putting a nice bow and closure on an important part of our professional and artistic lives, and also for people who care about this kind of music. Because it was important to their lives. And with all the bad things going around it’s nice to see that people can come together sometimes. I just think it makes people feel good. I know it’s a drop in the bucket, but, you know, I’ll take it.”

Lynch expressed hope that the DOKKEN reunion could last beyond the Japanese tour, despiteDon‘s recent comments to the contrary. “If I were betting, I’d say there’s probably a 50/50 chance [that there will be more gigs],” the guitarist said. “And I’d be advocating for that, too. But it gets more complicated when you’re talking about more shows because of all our other commitments. Jeff is locked in very seriously with FOREIGNER. It’s not easy for him to take a couple weeks off. That’s probably our biggest restriction. But it definitely would be something that promoters and the fans would like to see. On a business level, I’m sure it could be done very easily. So, you know, never say never.”

Dokken, Pilson, Lynch and Brown will next head to Fukuoka, Tokyo for an appearance at the Loud Park festival and continuing on to Hiroshima, Aichi and finally, back to Tokyo for the final show on October 12.

While offers from tours to festivals have been pouring in since the reunion shows were announced, Don is adamant that the upcoming shows will be it for the band.

“My manager is getting hit up every day for pretty large sums of money to play festivals next summer, all over the world. But I had to say no,” he explained to Billboard. “I love the band I have now; We’ve been together for 13 years, and I don’t want to hurt that franchise. Plus if we were to continue with [the classic] lineup, old wounds might be opened, and I don’t want to revisit that. I don’t think any of us wants to. It’s all great when a marriage fails and you say, ‘I’m gonna get back with my ex’ — for a week, maybe. Six months into it, the wounds come back. I don’t want to experience that. It’s just not part of my life anymore, and I think the other guys feel the same way. So this will be enough.”

Here Is The First Photo Of Reunited DOKKEN
The first photo of the reunited classic lineup of DOKKEN — singer Don Dokken, guitarist George Lynch, bassist Jeff Pilson and drummer “Wild” Mick Brown — can be seen below (as originally posted on …
BLABBERMOUTH.NET

Classic Lineup Of DOKKEN Announces ‘Unleashed In The East’ Tour Dates
After years of intense speculation and recent rumors, it can now be confirmed that DOKKEN will indeed reform its classic lineup for a fall run of dates. Singer Don…
BLABBERMOUTH.NET

DOKKEN’s Classic Lineup Is Reuniting For ‘The Wrong Reason,’ Says MICK BROWN
DOKKEN drummer Mick Brown was interviewed by rock journalist Mitch Lafon for a recent edition of the “One On One With Mitch Lafon” podcast (Facebook page).…
BLABBERMOUTH.NET 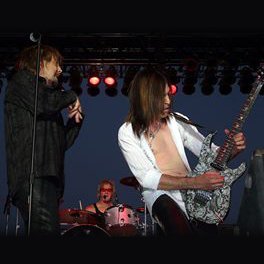