THERE WILL BE MEET AND GREET TICKETS AVAILABLE (15) TO BUY FROM THE BOX OFFICE (30 USD) FROM 6PM WHERE THERE WILL BE AN OPPORTUNITY TO GET PHOTOS/CDS SIGNED. THE M&G WILL TAKE PLACE AT 10PM AND INCLUDES A PHOTO AND TWO SIGNATURES.

Get your show tickets here:
https://www.teleticket.com.pe/…/frm_DetalleEventoPrecio.asp…

ALBUM OF THE WEEK – FANDANGO – ONE NIGHT STAND

Today Joe continues to share his thoughts from the making of the album..

“It was a special time because all of the members had co-written the material and we felt like a real band…all contributing to the sound which in my opinion was more cohesive than the last records…we even shared vocals which was a big concern of the other band members…we could all sing pretty well however I was considered lead vocalist by the record company, RCA records… I took a lot of get sometimes from the guys as you could well imagine … We were all very talented individuals trying to be a band.
The record came out great in our opinion and we had been booked for a tour …we called it the Cowboys Hat Tour…playing with most big country rock bands of the time…Allman brothers, Molly Hatchet, Outlaws, Poco, Lynyrd Skynyrd and many more…”

Tomorrow Joe reveals his favorite songs from the album.. 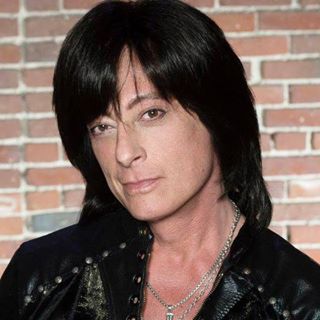 The Leyendas del Rock festival is tomorrow! JLT looking forward to seeing his fans from Spain! In the meantime, thought you would enjoy another recent festival video