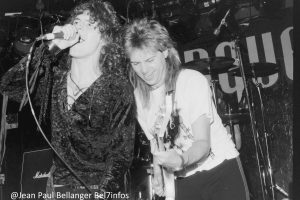 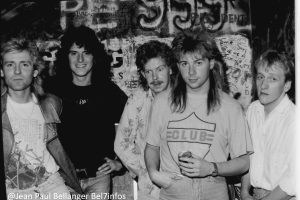 42 years ago this week the Tygers played the Reading Festival. This weekend we will be at the Stonedead Festival
The set list for Reading was chosen to showcase the newly released ‘Wild Cat’ and at least 4 of these should be in the set for Stonedead.
Euthanasia – Bad Times – Rock and Roll Man – Badger Badger -Slave to Freedom – Guitar Solo (John Sykes) – Wild Catz – Fireclown – Suzie Smiled – Straight as a Die – Money – Don’t Touch Me There –
Tush 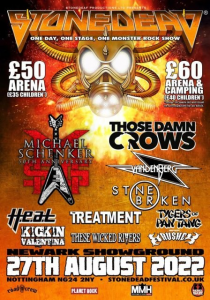 From today you can buy ‘A New Heartbeat’ on CD and vinyl from Amazon, HMV etc. You can order it at your local record store and of course it is available from The Target store and the Tygers website. The band also have some on eBay. 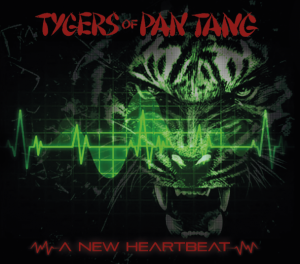 🇬🇧
Support will be from Mighty Music label mates SEA.

“ONLY THE BRAVE” 2017 European Tour Dates!! We’re excited to be hitting the road again this coming Friday. It’s going to be loud and wild so get your Glad Rags on and come and party with the Tygers!! Tickets on sale now at:
www.tygersofpantang.com/official/gigs.html

The BRAND NEW video single is OUT NOW!!

We are very excited to bring you the follow up video to ‘Only The Brave’ shot by the wonderful people at Flashlight Films on location in Newcastle Upon Tyne.

Buy the album at…… 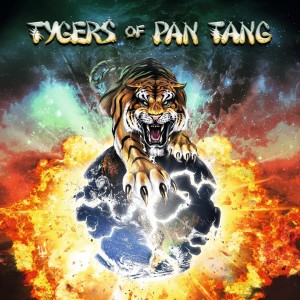 The wait is over!! The NEW Tygers Of Pan Tang single / video “Only The Brave” New album out 21/10-16! Pre-order the album at the official bandshop:

The Good, The Bad and the downright Ugly

Summerrock Festival 2014
We are delighted to announce that we will be playing Summerrock Music Festival on June 7th in Belgium 2014, the Billing already includes Masterplan as well as ourselves and we are awaiting further news of other potential International acts to be added. This festival is looking to expand and get bigger each year and it will be a great opportunity for our crazy Belgium fans to have a day in the sun and watch some great bands. ticket details can be found on the official Summerrock website.

The Bad
We were very sorry to have to announce further delays on the Crazy Nights shirts, all refunds have been given and you must download this via your paypal account if you have not already done so. The better news is that we have changed suppliers and that have promised delivery for the 20th October so as soon as we have these in our hands we will re-advertise them for our long distant fans. These shirts will be available on the European tour so if your planning to attend one then save yourself the postage, it will probably pay for the gig ticket. Its the first time in a very long time the band has played so many venues in Europe so please do come down and see us, it would be great to finally meet with you guys who we only know as email addresses at present.

The Downright Ugly
It appears that the Liverpool show will not now go ahead, the promoter has disappeared and is un-contactable so terms of contract have been breached and the venue has double booked. This is yet another cancellation in the UK which is becoming far too common, we are now very reluctant to agree to play venues in the UK and UK shows in 2014 will be few and far between. If you can get down to Selby tomorrow it may be one of the last times you will catch the band live in the UK for a while.