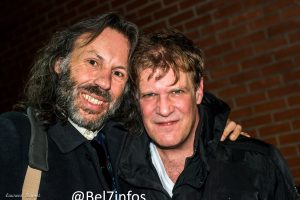 So happy and proud to have discovered some really happening and hot live performances by the stellar musicians in my old band Drive! To have now documented and featured a good amount of it as an album thrills me no end!
Please check out the new release “Drive Live In London” at https://garyhusband.bandcamp.com/album/live-in-london
It’s a happener!!

.
This band was formed out of a wish to pay tribute to all the influence and inspiration I derived from the great jazz drummer/writer/bandleaders I grew up watching and listening to.
New release time again! Here’s “Aspire – Gary Husband & Friends” now newly remastered at garyhusband.bandcamp.com
As a successor to From The Heart, this album from 2004 featured the later writing and arranging I had done for the trio, and I was really excited about documenting it.
Drummer Gene Calderazzo was unfortunately unable to make the couple of recording days we had in the end, (except for one morning’s track recording on one of the days) so I tackled a couple of the pieces myself playing drums, in stages – dubbing on piano performances, then taking over the next part on piano, catching up back at drums method etc! No click tracks, to keep it all feeling emotional and “human”. All built very organically. (Mick Hutton did a great job overdubbing bass later on the tracks where I used this method: Trio, Oleo and New York City.)
It also transpired Billy Cobham (who I was working with a lot at that point in my life) was in town, and to my delight he came in and played drums on a few remaining pieces with Mick and I.
I continued the theme of interspersing the playlist with arrangements that featured vocals, and was delighted this time to interest Mark King, Hamish Stuart and Christine Tobin in coming in to perform vocals with me. What a pleasure! I indulged in a bit of further diversification a little, too. Enjoyed integrating my (extremely limited) Spanish guitar playing (having arranged for guitar inclusion on two songs) and even brought along my charango for the track Souvenir.
This album plays here more or less exactly how it was originally released, with the addition of the two bonus tracks we did as the real trio that were recorded on a slightly later recording session.
It’s been fun to revisit this and From The Heart – two old long ago deleted titles of mine – and hear all the music again! I hope you enjoy the ride!
Thanks to all the artists and in particular Brian Nott at Jazzizit Records.

You are invited to the first Gary Husband Drum Videocast of 2020! (Another special one for Allan Holdsworth fans!)
https://garyhusband.com/item/track-analysis-leave-em-on

All things the Allan Holdsworth track we used to open with for many years at concerts: “Leave Em On”! And this is the nearest you can get to the feeling of playing it with it’s visionary author on guitar!

* Hear about the structure and application, download the drumless mix, get the chart & interpret it yourself along with Allan, Jimmy Johnson and Jan Hammer yourself!

* The original unaired until now original guitar solo of Allan’s on the recorded track “Leave Em On” featured as a bonus!

Fancy helping me shape subject matter for my new series of Drum Tuition Videocasts (launching late summer)? If you are motivated to offer us a little of your input and can spare a few minutes to fill out this short survey with your views please do! It would be of tremendous value! Thank you! It’s here at …
https://forms.gle/Ss96Sc6Aka9aHCEQA
Gary H
🙏

À propos de ce site web
DOCS.GOOGLE.COM
GARY HUSBAND – DRUM TUITION VIDEOCAST SERIES
Please enter your email address to validate your responses. We will never share your information with any third parties and will only be in touch if you indicate this preference in the section below. Thank you!

Here’s an excerpt from the documentary on the making of ‘Sphère’. This clip recorded at Eastcote Studios in London features Gary Husband Keyboards & Drums kicking some butt on a piece called ‘No-Brainer’. Gary also performed the keyboard solo while Jerry De Villiers Jr is on lead guitar…

You can watch the full documentary at https://youtu.be/ABEKRW2QeMQ

You can order a limited edition of the album with 3 bonus tracks at:www.antoinefafard.com/sphere.html