And let’s not forget the new Keith Richards song! Listen to “Trouble” and tell us what you think! http://bit.ly/1Lyx8qI

Keith Richards Premieres New Song, “Trouble”
Keith Richards has premiered a new song—”Trouble”—and you can check it out below. It’s the first single from his new album, Crosseyed Heart, will is due September 18 via Republic Records. The track is
GUITARWORLD.COM

Band members Keith Richards, Charlie Watts and Ronnie Wood were all photographed leaving the George V Hotel, but the loose-limbed singer was nowhere to be seen.

Ronnie and Keith appeared to be colour co-ordinated as the two guitarists stepped out in fetching purple attire.

Keith wore a dark purple jumper underneath a shirt in a lighter shade of the colour, while Ronnie opted for a purple scarf over the top of his blue, white and red checked shirt, which was possibly a nod to the French flag’s tricolour design of the same colours.Photos de KCS Presse 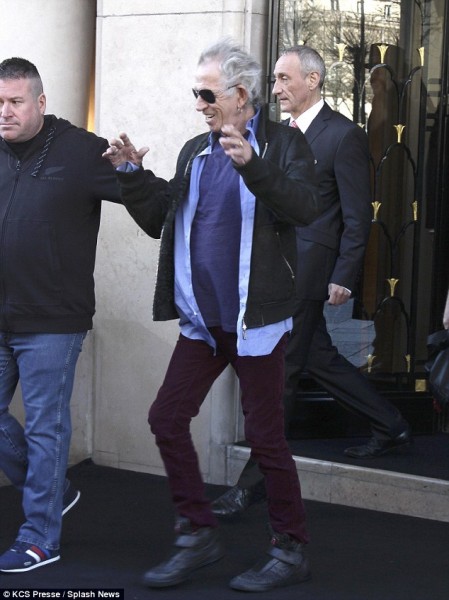 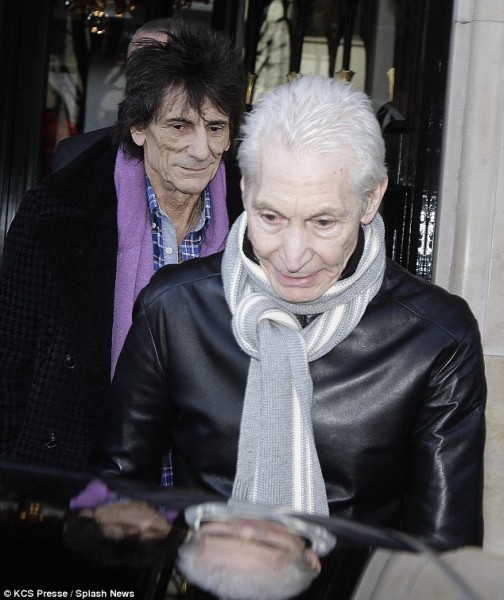