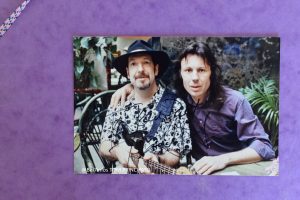 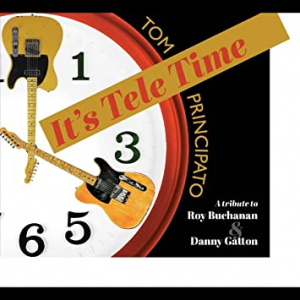 Powerhouse Records announces the March 25 release of
Tom Principato “It’s Tele Time!” CD Tribute to Roy Buchanan & Danny Gatton
I have always thought of myself in my own way, as being part of the “Washington D.C. Telecaster tradition”. I always brought more than one guitar on a tour or to a concert, and one of them was usually a Telecaster. There would be a part of the show where I would strap on a Telecaster, joke about “it’s Tele time!” and “unleashing the chickens”, and for a part of the night everything that I learned or absorbed from Roy and Danny would come pouring out., and is shown here in a collection of live performances…
with Tommy Lepson, Joe Wells, Steve Wolf, John Perry, Robbie Magruder, ElTorro Gambel, Josh Howell,
Greg Hardin, Bill Starks, and Masters Of The Telecaster w/Jim Weider & GE Smith
Tom Principato
available here at the web site: www.powerhouserecords.com
on Ebay here: https://www.ebay.com/itm/115189449095
on Amazon here:
https://www.amazon.com/Tele…/dp/B09QPQZHS6/ref=sr_1_27…